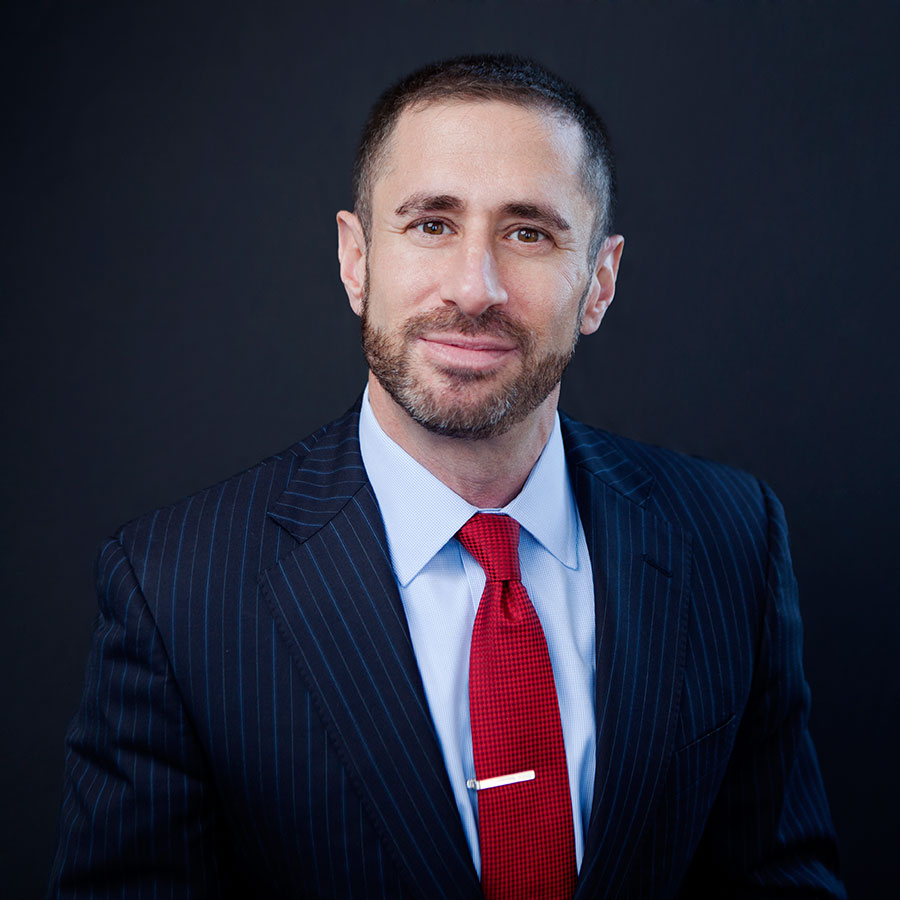 Bernard Whitman, Founder & CEO of Whitman Insight Strategies and author of 52 Reasons To Vote For Hillary and 52 Reasons To Vote For Obama, is a brand and political strategist with over 25 years’ experience advising some of the world’s most powerful leaders, companies, and organizations. A pollster to President Bill Clinton and Mayor Michael Bloomberg, Bernard has been involved in the past nine U.S. presidential campaigns and has served as a strategic advisor to numerous heads of state, Fortune 500 CEOs, and some of the world’s leading issue advocacy organizations and nonprofit institutions.

Bernard leverages insight to shape public opinion and ignite action to win more votes for brands, causes, and elected officials. A three-time recipient of the David Ogilvy Excellence in Research Award, Bernard pioneered the development of The Political Model to identify the “swing” consumer, and the messages and touchpoints that can unlock additional votes for a brand or cause.

Bernard is a frequent television commentator with more than 500 media appearances on networks including CNN, MSNBC, Fox News, ABC, CBSN, CNBC, and Fox Business. He provides winning strategic and communications advice to clients across the United States and around the globe.

His expertise in brand growth strategy, advertising optimization, and advanced targeting and segmentation techniques has helped dozens of Fortune 500 companies accomplish strategic goals and successfully react to changing dynamics in the marketplace.

Scott has directed polling, messaging research, and voter contact programs for numerous congressional, gubernatorial, and mayoral campaigns. In 2009, Scott worked on the Bloomberg For Mayor campaign, where he developed an integrated polling, ad testing, and voter contact/persuasion program that was instrumental to the success of Mayor Bloomberg’s reelection in New York City.

His work has been honored by the David Ogilvy Awards for advertising research and Pollie Awards for political campaigns.

Scott is a graduate of the Johns Hopkins University in Baltimore, MD, holding a B.A. International Relations and a Master’s degree in Government & Political Communications. 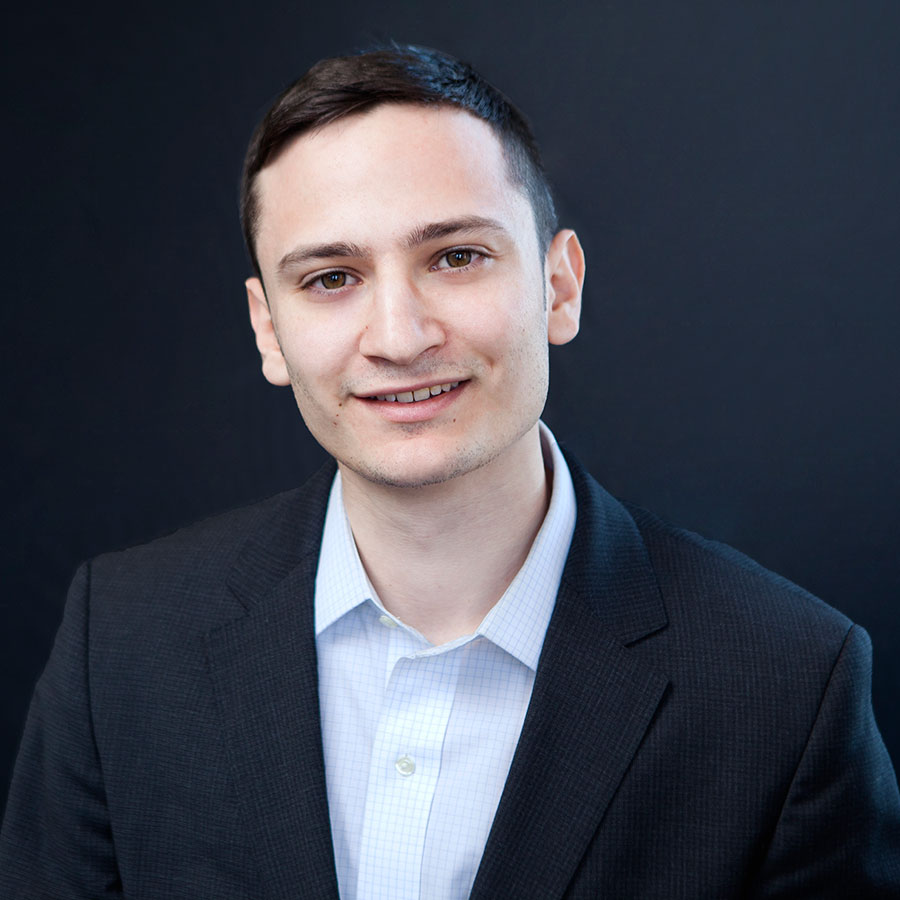 Adam has over a decade of experience helping clients make strategic decisions, tell their story, and grow their brand using custom research solutions and analytics. At WINS, he leads the design and management of quantitative and qualitative research engagements in the U.S. and around the world, including brand equity research, segmentation, concept testing, creative evaluation, focus groups, and surveys for public release.

He is a RIVA-trained moderator and has conducted numerous focus groups, in-depth interviews, and ethnographies in-person and virtual among Consumer and B2B audiences, Corporate Executives, and U.S. Military Veterans.

Over the course of his career Adam has helped brands, causes, and leaders meet strategic objectives and drive positive change in the marketplace.

Adam is a graduate of NYU’s Stern School of Business, holding a B. S. in Marketing. 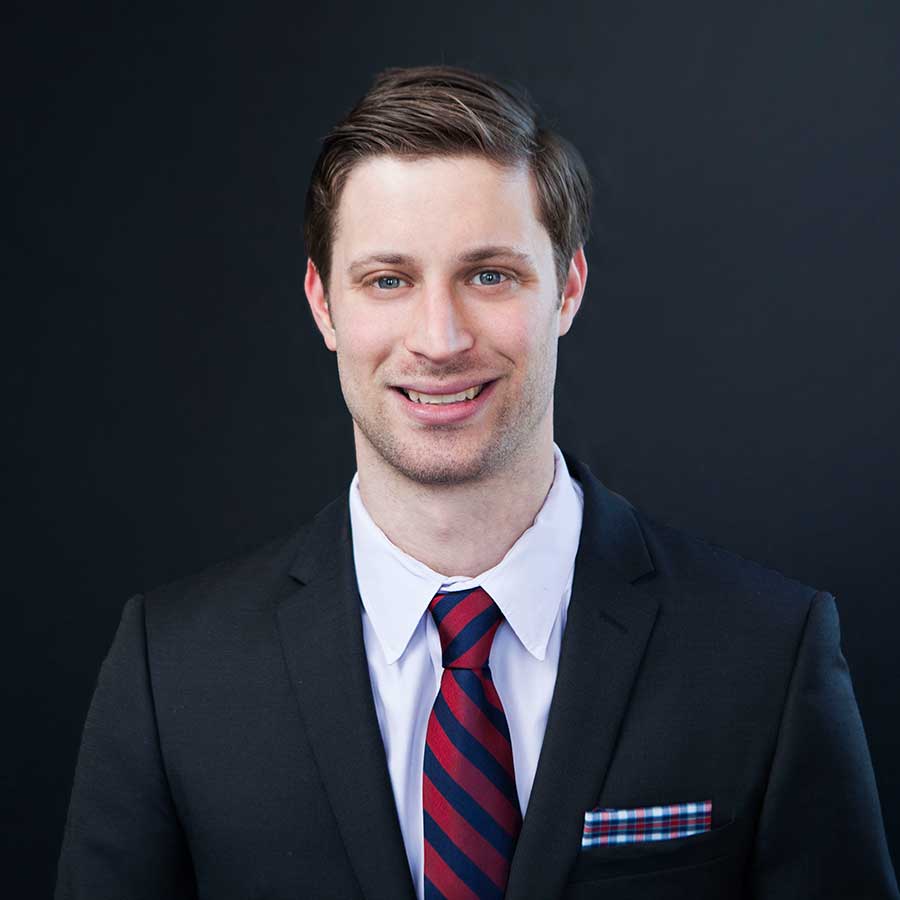 Eric Bornstein serves as a Vice President at Whitman Insight Strategies where he manages the design, set up, execution and analysis of various quantitative and qualitative engagements. Since joining WINS in 2012, Eric has worked across all facets of the business with a focus on our CPG and beverage related clients. Eric uses his analytical proficiency to help clients grow their brand by using research to determine who the optimal target audience is, uncover what the most motivating messaging/communications strategies to activate them are, and identify when (critical touchpoints) and where (media channels) to reach them. Eric is a core member of our team that helped MilkPEP (The Milk Processor Education Program) uncover motivating messaging and craft a new communications strategy around protein, after nearly two decades of running the “Got Milk?” campaign. The resulting Protein Fight Club and Milk Life campaigns have both resulted in increased incremental efficiency in MilkPEP’s marketing dollars. Eric is a graduate of Franklin & Marshall College where he holds a B.A. in Mathematics. 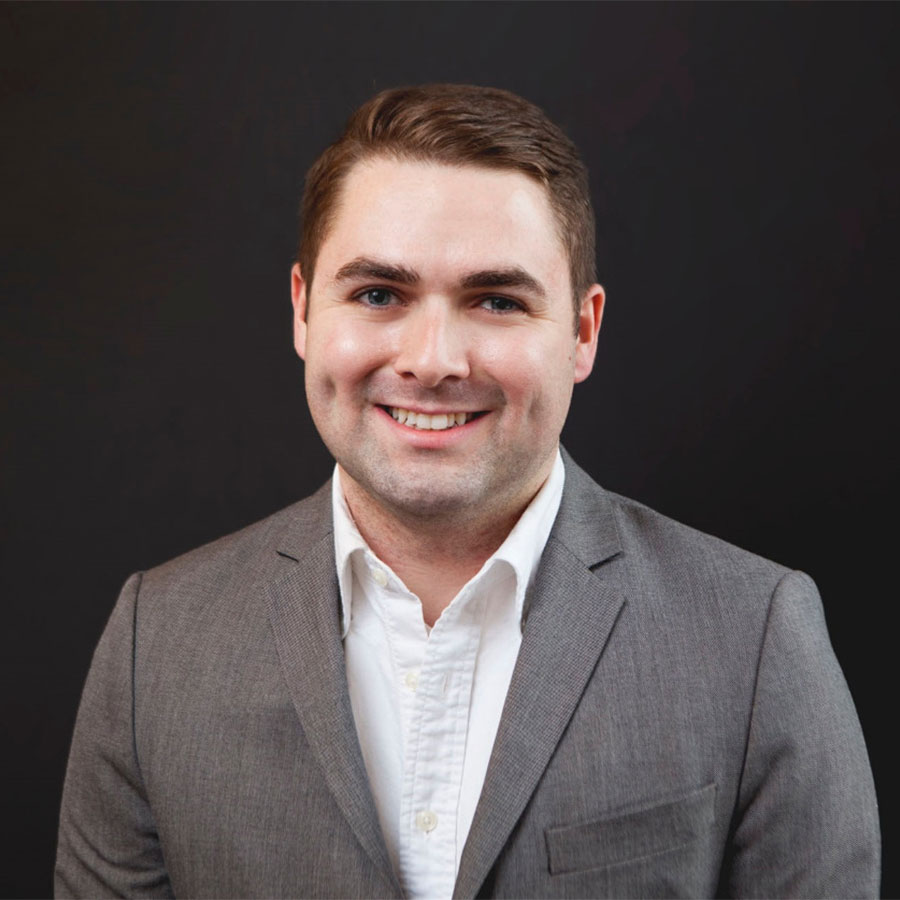 Matt is an experienced opinion researcher and communications strategist for political candidates, issue advocacy organizations, and major corporations. Matt’s expertise in messaging strategy and targeting has led to important victories in key political races and in several issue spaces related to public health, immigration, strengthening labor unions, civil rights and voting, democracy reform, and political engagement and participation. Matt has helped countless organizations develop and optimize their message to more effectively communicate with their target audience. Matt is a RIVA-trained moderator who has facilitated numerous focus groups, in-depth interviews and ethnographies among various consumer and B2B audiences, voters, corporate executives, and medical professionals. He takes an innovative approach to qualitative engagements by harnessing the leading methodologies to generate actionable insights. Matt holds a BA in political science and geography from the George Washington University in Washington, D.C. 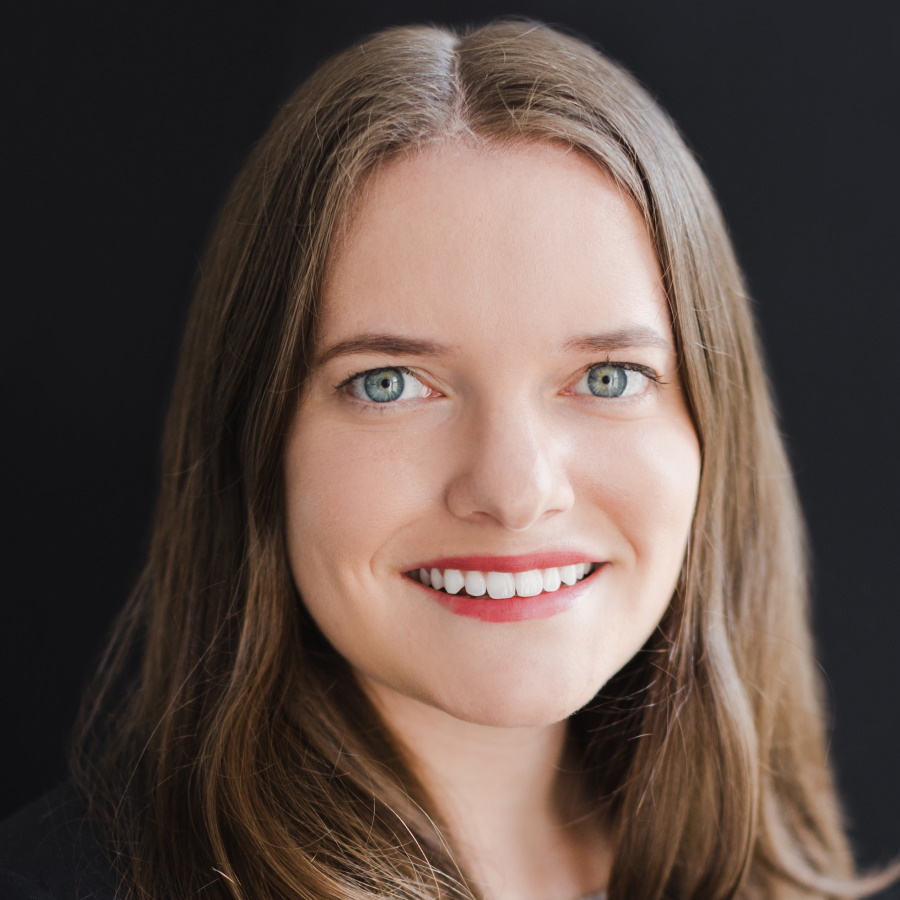 Rose serves as Analyst at WINS, assisting in the design, management and analysis of quantitative and qualitative engagements across an array of clients and industries.

She brings to WINS a combination of academic and professional experience including working with Johnson & Johnson Vision to determine the future needs of customers through a multi-phase market research project that included focus groups, individual interviews, and surveys.

Rose’s research in organizational psychology on the subject of employee performance in creative workplaces has been featured at conferences and published in academic journals, including the Journal of Current Issues & Research in Advertising. Her professional endeavors include global market research experience in the innovation space.

Robert serves as Analyst at WINS, assisting in the design, management, and analysis of quantitative and qualitative engagements across an array of clients and industries.

He brings to WINS a unique background from his experience in political organizing and legislative affairs. As a Field Organizer and Regional Organizing Director on the Biden for President campaign, Robert was responsible for the direct voter contact efforts and utilized strategic messaging and communications to meet constituents where they were.

Prior to this, Robert worked as a Legislative Intern in the United States Senate and House of Representatives conducting policy research and constituent outreach.

Robert holds a BS in Policy Analysis and Management from Cornell University. 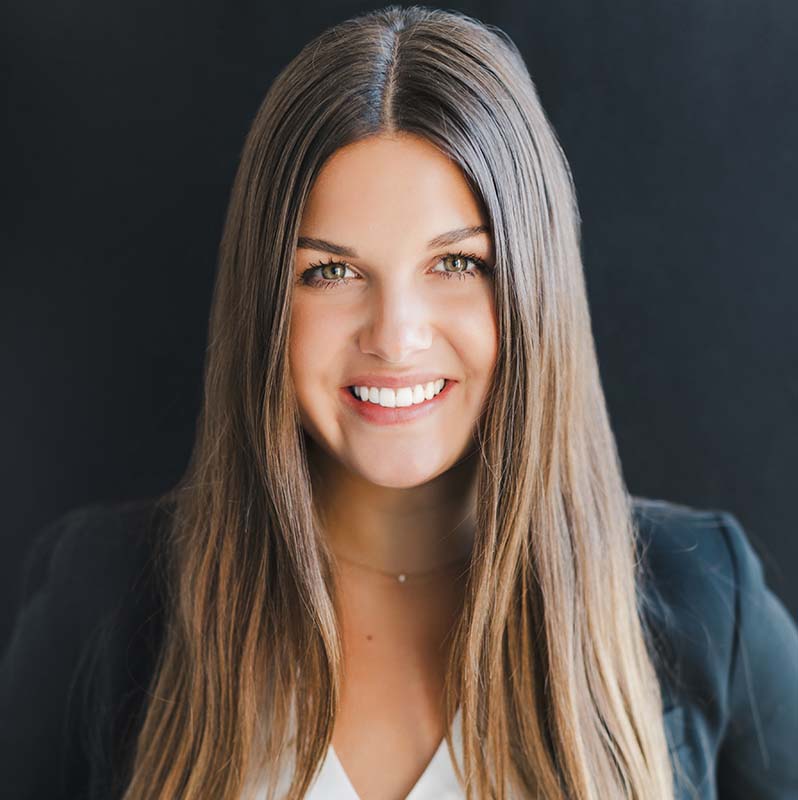 Emily serves as an Analyst at WINS, assisting in the design, management, and analysis of quantitative and qualitative engagements across an array of clients and industries.

She brings to WINS a background in policy research. Emily interned at the State of Rhode Island where she developed and enhanced two policy proposals on police reform and education. Preceding her time at the State of Rhode Island, Emily worked with a Maine Lobbyist conducting research on several bills and communicating client needs to Maine Representatives and Senators, driving impact on policy outcomes. 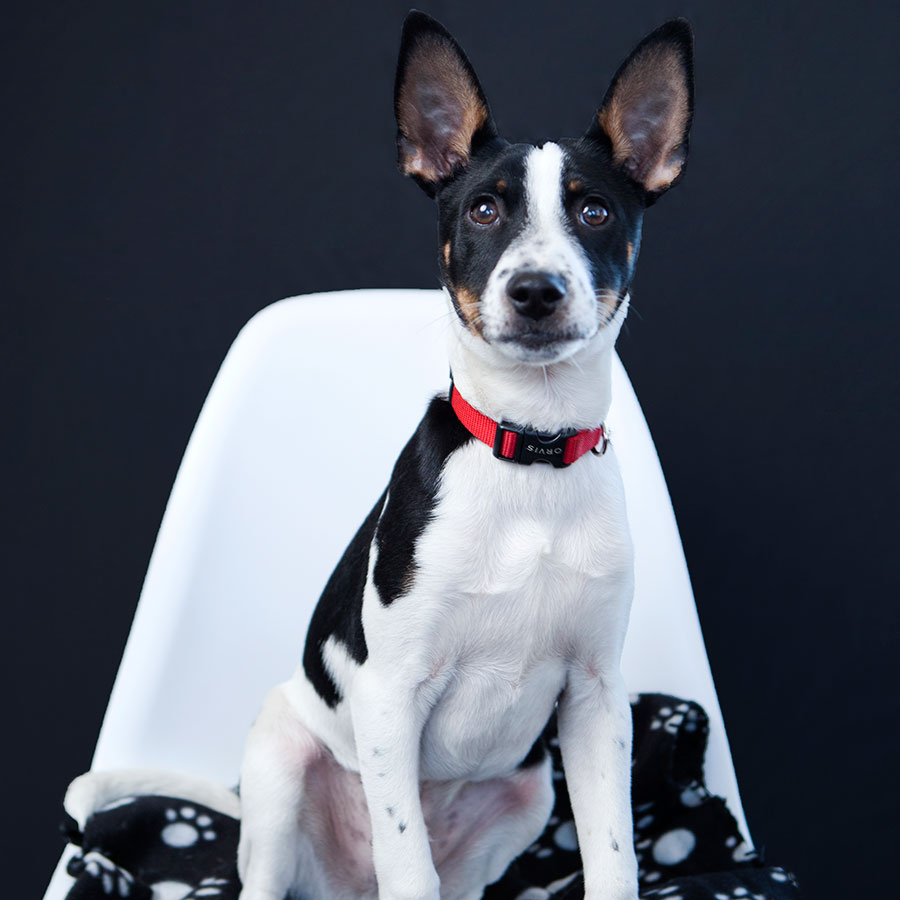 Boogie joined the WINS family in Winter of 2014 at only 8 weeks old. As rescue pup, Boogie is a strong believer in the Stray Pride movement, and does his best every day to inspire the team.

Since joining WINS, Boogie has helped to reinforce the discipline necessary for successful strategic communications and advertising campaigns, by serving as a constant reminder that what we say isn’t always what our intended audience hears.

Want to join our winning team?